For this blog, we’re highlighting a peaceful and charming city south of Indianapolis, Bargersville.

Bargersville is an Indianapolis suburb 20 miles south of the city. On the Bargersville website, it’s described as, “a close knit community rich in history and character along with a growing economy.”

Around 7,000 people live in the city limits of Bargersville, but that number expands to 13,000 when you take into account the people living just outside its limits.

On Niche.com, Bargersville received an overall A rating. It’s “A”-rated categories were the Public Schools, Housing, Good for Families, Jobs, and Cost of Living. Nearly every other category, like Outdoor Activities, Crime and Safety, or Healthy and Fitness, was a B.

Bargersville has parks in its city limits and has nearby access to other Johnson County parks and recreational centers. We’ve picked a mix of town and county options for you to explore.

Freedom Springs Aquatics Park | Freedom Springs Aquatics Park is only 15 minutes away from Bargersville in Greenwood, Indiana. This aquatic park has exciting slides with twists and turns, multiple cabanas and shelters for parties, an “island” that turns into a stage for live music performances, and more! On their website, it’s described as a place that “appeals to all ages and is a true aquatic destination.” 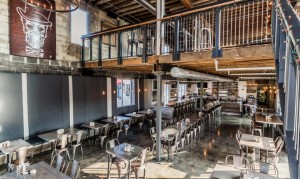 Hear from a Bargersville local!

Here’s what one local had to say on Niche.com:

“I have been all over the world, but I have never found the same feeling of being Bargersville. There is a certain peace and down-home feel mixed in with humble pursuit of excellence.

The Center Grove School district is one of the best in the state and in sports, competes at State Champion level against the largest schools in the state (which are often 2x-4x larger).

The people here seem to really love life and care about the community, unlike most other places I’ve lived. It is more about the collective here than the individual. Snobbiness is not accepted.

The weakest spot is food and entertainment, but there are many new places opening up and the nearby destinations are countless (Bloomington, Nashville Indiana, Indianapolis, Franklin). The steady growth of the area rather than the booming growth other cities seek seems like a wise move that will pay off down the road.”

If you’re ready to move to this peaceful Indianapolis suburb, we’re here to help you get there!

Find out how much it would cost you to move to Bargersville by clicking the “Request a Quote” form at the top of the page, or you can call us at any time at 317-639-9583. We’ll give you a free quote!